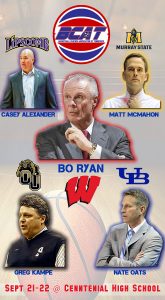 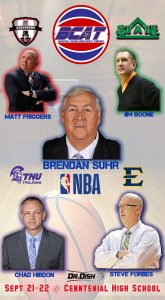 Coach Kampe has guided the Oakland Golden Grizzlies to 3 NCAA Tournaments and over 600 wins. He is a member of the Michigan Sports Hall of Fame.

Murray State 2018 OVC Champions
Coach McMahon’s third season was one of the best in Murray State history as the Racers went 26-6 and won their 25th regular season championship in Ohio Valley Conference history with a 16-2 record.

Nate Oats will begin his fourth season as head coach of the UB men’s basketball team after leading the Bulls to a school record 27 wins last season and their third NCAA Tournament appearance in four years, including their first ever victory in the NCAA Tournament with a 89-68 win over PAC 12 Champion Arizona. 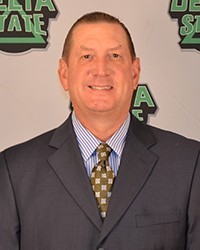 Jim Boone finishes his sixth season (109-73) as head coach of the Delta State University Statesman basketball program. Boone completed the 2017-18 campaign with 539 total career victories, which ranks him 12th among active Division II coaches for wins and in Division II’s Top 50 All-Time Winningest Coaches. The veteran leader, who reached the 500 win plateau during the 2016 season, brings 32 years of collegiate head coaching experience to Delta State, including stops at the NCAA Division I and II levels. 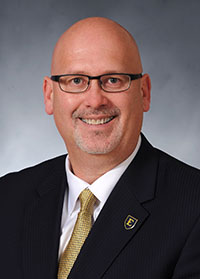 In 2016-17, Forbes and his staff added to the winning tradition of the Buccaneers’ program, earning the team’s 10th trip all-time to the NCAA Tournament with a victory over UNCG in the finals of the Southern Conference Tournament. The victory marked a championship sweep for the Bucs, who also claimed a share of the regular season title after going 27-8 overall and 14-4 in SoCon play. The Bucs’ 27 wins matched the second-highest total in school history and gave ETSU 51 victories overall in Forbes’ two seasons in Johnson City – the most wins by any team in the Southern Conference during that time frame. For his efforts, Forbes was named the NABC District 22 Coach of the Year. 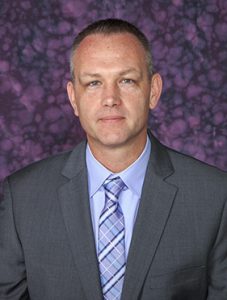